Burgas is the second-largest city and seaside resort on the Bulgarian Black Sea Coast with population of about 200,000. It is also the fourth-largest by population in the country, after Sofia, Plovdiv and Varna. It is the capital of Burgas Province and an important industrial, transport, cultural and tourist centre.

Surrounded by the coastal Burgas Lakes and located at the westernmost point of the Black Sea, the large Burgas Bay, Burgas has the largest and most important Bulgarian port. Today, it is a key economic, cultural and tourist centre of southeastern Bulgaria, with the Burgas Airport serving the resorts of the southern Bulgarian coast.

The region is an important center of tourism during the summer season (May-October), drawing foreign and local tourists alike and constituting one of the country’s most popular tourist destinations. The area’s average air temperature in the summer is about 28°C, with the average water temperature at 26°C. There are more than 240 hours of sunshine in May and September and more than 300 hours in July and August. 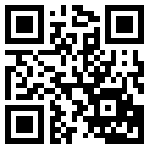